We've got a busy weekend filled with tastiness for you.
Here are the highlights!

We will be at Reyna's Second Annual Pepper Festival.
If you are attending stop by and say, "hi" to us.

Posted by Franklin Inn Mexican Retaurant at 5:11 PM No comments: 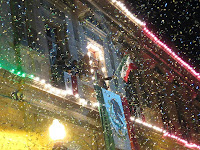 Feliz día de la Independencia, México.
Join us at the Franklin Inn today for lunch or dinner to help our Mexican Neighbors celebrate. Then, let's keep the party going tonight as we cheer the Steelers on to victory against the Bengals.

Here's the line up:

Bar Special - 7pm to 10pm (Bar only)
Dollar Tacos
40 cent Hot Wings
Independence Day (Día de la Independencia) is a Mexican holiday to celebrate the “cry of independence” on September 16, 1810, which staked a revolt against the Spaniards. This event is known as El Grito de la Independencia or Fiestas Patrias (National Holiday). Similar to our 4th of July, this holiday is celebrated in Mexico on September 15th and 16th. It is their biggest national holiday even more so than Cinco de Mayo (that's right!). The history goes back to September 16th in 1810, when Father Hidalgo rang the church bells in his church in Dolores and called on the people to take up arms to gain independence from Spain. That same bell is now rung each year. On the night of the 15th, the President of Mexico comes out on the balcony of the National Palace and rings Father Hidalgo's bell. He repeats some of Hidalgo's words, starting with: "Mexicans, Long Live Mexico!" (¡Mexicanos, que Viva México!). The crowds gather in the Main Square, and answer; "¡Viva!", as he waves the flag from the balcony. At the end of the third ¡Viva Mexico! the crowd goes wild waving flags, ringing noisemakers and spraying foam. Then fireworks light up the sky as the crowd cheers. After this, there are fireworks, music and a great fiesta that lasts into the night. This ceremony is repeated in cities and towns all over Mexico. The Governor, or the Municipal President gives the Cry of Dolores. In foreign lands, the Ambassador or Consul does it. Houses are decorated and flags are placed in windows and on cars. The next morning, on September 16th, most cities in Mexico have a big parade.

You can find more information regarding this holiday at the following links:
www.mexonline.com/mexican-independence.htm
Wikipedia
History.com

We hope to see you today sometime!
Posted by Franklin Inn Mexican Retaurant at 11:10 AM No comments:

Tequila of the Month: Herradura 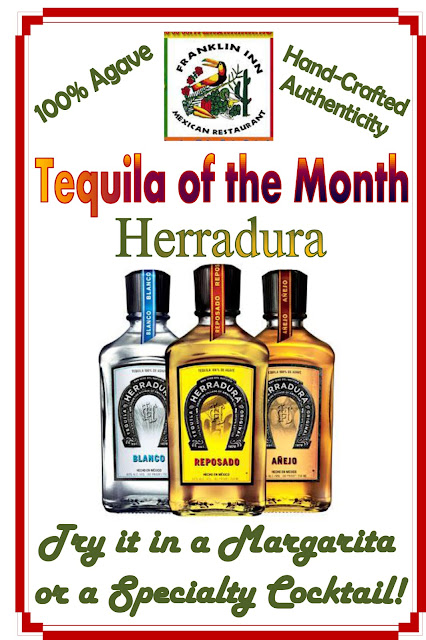 Posted by Franklin Inn Mexican Retaurant at 4:41 PM No comments:

Horns Up Flight at the Inn 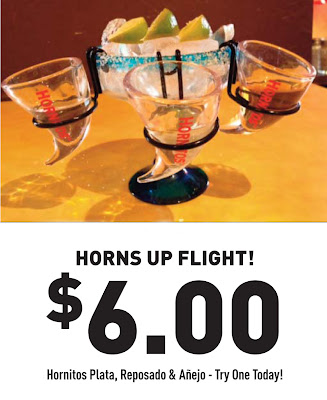 Posted by Franklin Inn Mexican Retaurant at 3:22 PM No comments: